Aerial image analysis was performed using the public domain image analysis software Image-J (NIH) 1. The red/green/blue channels of the images were split and the blue and green channels were subjected to the AND logical operation, the resulting image was then subjected to the logical OR operation with the red channel. The resulting black and white image (Glenorchy BorGandR, below)was threshold into four regions based on the gray level regions indicated from their histogram (see bleow). Three of the threshold regions were then assigned the RGB colours and mixed to generate a false colour image of the open field area  RGB Composite2 forb_grass_cespitose. 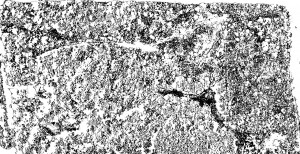 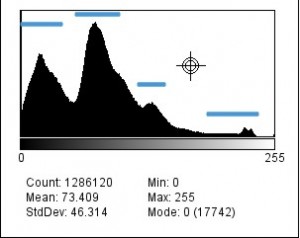