The ownership of the Neyagawa woodlands can be traced back to the late 1800s. Between 1858 and 1877, some of the lands associated with the Neyagawa forest patch changed ownership resulting in slight offsets to the original 1858 boundaries. These 1877 boundary lines are very much the ones found associated with the current woodland edges and internal fence lines[1]. At those times clearing of land was encouraged, even required as part of the responsibilities associated with land acquisition.  Land was cleared from the front to the back of the properties, with the land between two properties having the potential of having been left uncut.  Good arable land – in this area usually initially occupied by mature mesic Sugar Maple-Beach stands was the first to be cleared. If these conditions extended over the entire property then no forest remnants were left behind. Swampy grounds or clay rich soils were more likely to be left un-cleared. In the rolling landscape of this area, swampy bottom lands succeed mesic uplands. Clearing of the uplands, encouraged draying of shallow troughs, and further encouraging forest clearing later in the history of the properties. In zones with deeper depressions (undulations in the rolling landscape) water would collect to the point of forming swamps and streams. These hygric conditions helped preserved woodlots and woodland units, for these areas became sources of water and were unsuitable for agriculture. The Neyagawa forest remnant system is one such example. 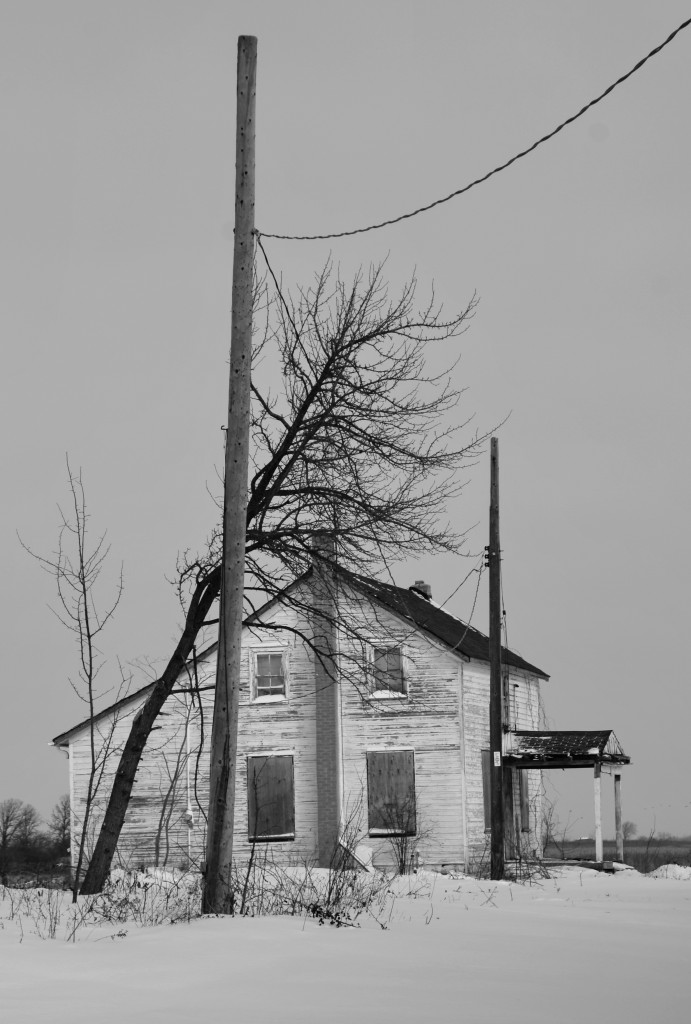 These remaining woodlands must have been originally enriched in hygric species (e.g. Swamp Maple, Elms, Bur Oaks) in the trough zone and would have contained a reduced enrichment in local mesic climax species (Sugar Maple and Beech). With time, the boundaries between these woodlots and the open fields encouraged a variety of changes to abiotic factors and specific edge effects depending on aspect and inclination. Xerification of the woodland edges and changes in water flows and water tables since the 1800s have encouraged the succession of many of these woodlots towards Sugar Maple dominated stands. Field abandonment in the fifties – due to changing economic forces, encouraged succession at the edge of these woodlots increasing forest area in some locations, while the unfounded practice of cattle grazing – still practised well into the 1950s, denuded the edge and interior forest understory, changing the path of succession and the stand composition. The Neyagawa woodlands display many of these natural and anthropogenic disturbances, resulting in a number of diverse habitats, each with the potential of serving as a reservoir of unique future biodiversity.

Based on the Conservation report of 1958[ii], most of the woodland area associated with the 16 Mile Creek watershed remains unchanged, except for small increases in tree cover. From that time until now, however, land use changed drastically. Many of the farming, grazing and forestry activities, common until then, started to change as services were diverted towards the upcoming wave of suburban development.

Several mayor surveys of the 16 Mile Creek Watershed have been performed between 1958 and 2010. The 1958 study was performed by the 16 Mile Creek Conservation Authority which reported to the Provincial Department of Planning and Development[iii]. The study covers a summary of the state of the area=s Land use, Forestry, Water, Recreation, and Wildlife. The intent of the report focuses on past and present land use in the watershed of the 16 Mile Creek up to 1958. The description of the natural inventory for plants is restricted to landscape types, forest types and forestry potential. No particular mention is made of diversity of vascular plants, grasses, etc. except for some anecdotal points here or there in the report. Wildlife diversity is slightly better recorded although the scope is utilitarian (game, fisheries). In this study the Neyagawa forest patch and adjacent woodlots are classified predominantly as Sugar Maple (type 14) and a few, towards the east of the complex, as Beech forest (type 58). It is commented in this report that this two types of forest covers represent the climax successional form for the area in upland and well drained areas.

The second main study was executed by LGL ltd. under request by the Town of Oakville, as part of assessing the implementation of the Natural Heritage System[iv]. The report focuses on an inventory of the woodlots and forest fragments in North Oakville spanning north of Dundas, between Tremain Rd and 9th Line up to Lower Baseline.  The Neyagawa forest patch was surveyed in this study (woodlots S5 and S6), although details are reported only for three separate sites (Polygons: S5-67‑5a, S5-71-5b & 5c). The exact position of these sites is not mentioned but can be somewhat inferred from the information provided on their survey transects in Figure 3 of the study’s publication. Table XXXX summarizes and contrasts the results of this survey and their comments with the ones presented in this study

The most recent regional study, published in 2006, involved a regional scale Natural inventory coordinated by Jill Dwary[v] for Conservation Halton. The survey focusses on the development of a complete inventory of plant and animal diversity in Halton. The report lists all species found as well as their locations. In this study, The Neyagawa woodland system and other neighbouring woodlots are identified as NAI-58 (Natural Area of Interest), however, no actual survey of species was done in these areas.

In 2006 the Town of Oakville published the North Oakville Creeks Subwatershed Study[vi] (NOCSS). The study is an extensive compilation of old studies and of data collected to the west and east of the 16 Mile Creek between 2002 and 2006. The study focuses on the state and conservation of the North Oakville creeks. On doing so it also brings up important conservation issues, and clearly identifying many species, communities and habitats of ecological significance present in the area. 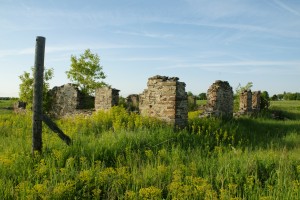 Perhaps the most significant surveys and research in the area were performed by the MNR and published in 2003[vii]. This report focuses on the identification of Areas of Natural and Scientific Interest (ANSI), as well as wetland complexes in North Oakville, and the Trafalgar Moraine. This work lend important provincial support to the delineation of Oakville’s Natural Heritage System (NHS). The Neyagawa Forest remnant is referred in the study as Woodlot Unit 7 of the Oakville-Milton Wetlands and Uplands Candidate Life Science ANSI. The overall candidate ANSI is comprised of 11 woodlot units covering a total combined area of 290 ha. Unit 7 is composed of a fairly large, mixed-age wooded block dominated by shagbark hickory (Carya ovata), bur oak (Quercus macrocarpa), and sugar maple (Acer saccharum). As per the North Oakville East Secondary Plan[viii], candidate ANSI Unit 7 is designated as a Natural Heritage System Area.

In the context of the present day forest structure of this forest remnants, is important to mention that with the suppression of forest fires in the Great-Lakes region in general, and, in particular the elimination in the northern coast of Lake Ontario of suitable forest habitat through clearing for agriculture in the 1800s and later through suburban development, have effectively eliminated the mix deciduous nature of the early forest structure and promoted the development of deciduous hardwood species . This mix deciduous feature is preserved in Halton, to some degree, at the Neyagawa woodlot and a few other privately owned woodlots of equivalent hactarage, making it an important feature for preservation and conservation efforts.

Furthermore, given the fractured nature of the forest cover remnants in the area, the ELC landscape classification, in my opinion, is insufficient to properly describe the present mosaic structure of these woodlots and understand the local dynamics that have led to it. Conservation must be guided not only by the nostalgia of what was and what could have been. The continuous development of the land, and in recent decades, the near obliteration of potential sources of plant and habitat diversity call for a reengineering of our landscape so as to create the physical (abiotic) conditions for the evolution of habitat diversity and by extension functional ecosystems. The vegetation cover, the animal assemblages, they all will be the product of what was and what can survive our relentless land expanding obsessions.

This work, together with its twin survey of an anthropogenic open field, attest to the many ecological and environmental issues described when comparing “virgin” ecosystems with the myriad of altered landscapes – now the norm rather than the exception. They also, however, show the potentialities of plants and animals to adapt and evolve in these man made natural landscapes. Understanding what conditions of the disruption have offered biotic potential and which one continue to reduce the function of an ecosystem are important concepts for the future of our urban and suburban “natural” landscapes.