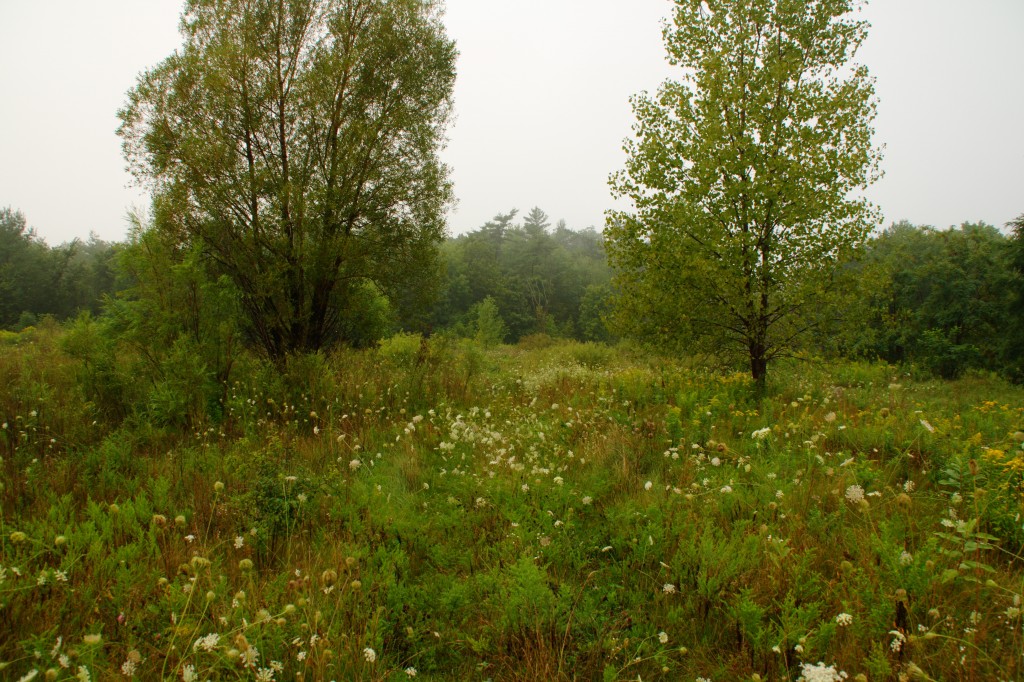 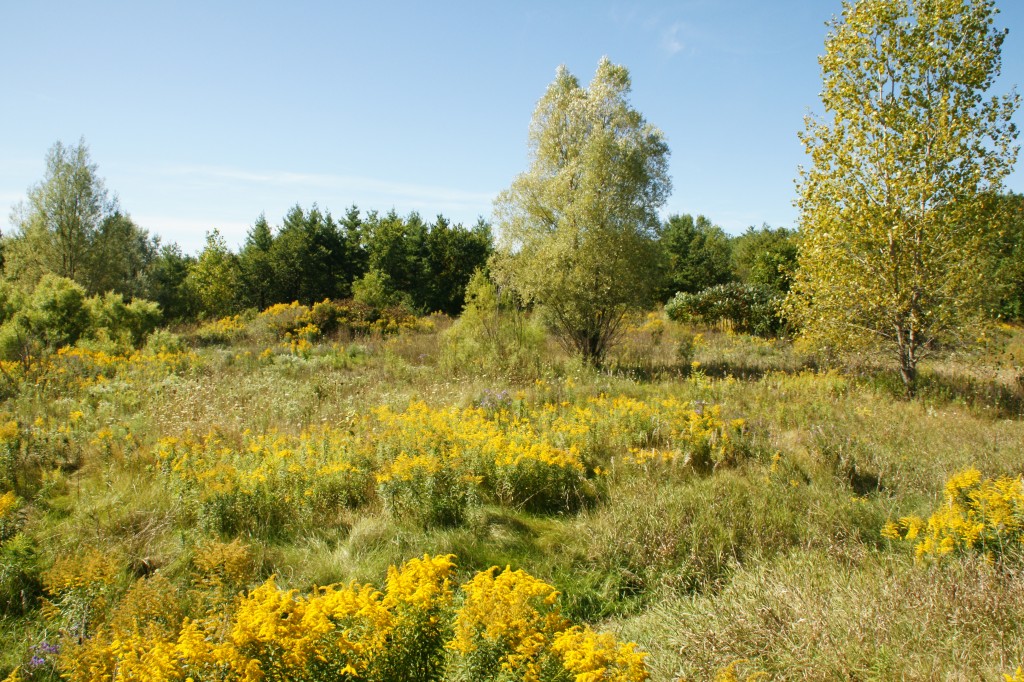 A detail list of the Gramineae and Forbs collected in this study can be found in Appendix 1 (Forb_Grasses revision August 2013) and that for the trees and shrubs is summarized in Appendix 2.

Based on the NHI-MNR species information database6, of the 116 grass and forb species identified in this study approximately 57% of them are recognized as introduced, naturalized or invasive species; while only about 22% of the 68 tree and shrub species identified are introduced. Some families were particularly well represented and some also contributed to the diversity of introduced/invasive species. The tree most significant families were: 1) the Asteraceae (composites) with 27% of all the ground cover species, of which 35% were introduced species;  2) Poaceae (grasses) with 13%, of which 80% were naturalized-introduced species, and 3) Fabaceae (bean family) with 11%, of which all were introduced species. As far as the trees and shrubs are concerned, Salicaceae, Rosaceae, and Oleaceae were the three most diverse families representing respectively 24, 18, and 10 percent of all woody species. 40% of Oleaceae were introduced species. Several significant invasive woody species were noted, these are: Rhamnus cathartica (Buckthorn), Lonicera tartarica L. (Tartarian Honeysuckle), Elaeagnus angustifolia L.(Rusian Olive), Elaeagnus umbellata (Broad-leaf Russian Willow), and Acer nigundo (Manitoba Maple). Among the ground cover species, Lythrum salicaria (Purple Loosestrife), Alliaria officinalis (Garlic Mustard), Euphorbia esula (Leafy Spurge), and one instance of Heraclum mantegazzianum (Giant Hogweed – specimen removed after reporting to the RBG).

The overall Coefficient of Conservatism 6 calculated separately for shrubs and trees were consistent with a median coefficient of conservatism between 4 and 4.5 when considering naturalized or local species only. Grasses and forbs, dominated by introduced species, showed the lowest index of conservatism with medians around zero (Figure R1). Two species of forbs, however, White Wood Aster( Eurybia divaricata) and Hairy Hawkweed (Hieracium longipilum),  show the highest index value of conservatism in the whole area.

The average Floristic Wetland indicator Factor or Wetness Index 6 was calculated separately for grasses (0, FAC), forbs (2FAC), shrubs (1, FAC) and trees (0, FAC). The frequency distribution of the wetness index data for all these four plant groups (Figure R2.) clearly portraits the presence of at least two distinctive wetness habits in the study area. The only monocotyledons associated with wetland habitats (Obligated wetland species) in the area were two reed grass species (Phalaris arundinacea and Phragmites australis), Narrow-leaf cattail (Typha angustifolia), and two unidentified sages (Carex spp.). The rest of the grasses (10 species) and one sage species are adapted to dryer conditions.

The herbaceous species diversity measured using a modified Hill Index was in average 6.2, with a tessera having an index as low as 2.1 and an other,  as high as 18.1 (see Summary of Graminae and Forbs indices ). A detail list of the gramineae and forbs collected in this study can be found in Appendix 1 and that for the trees and shrubs is summarized in Appendix 2. 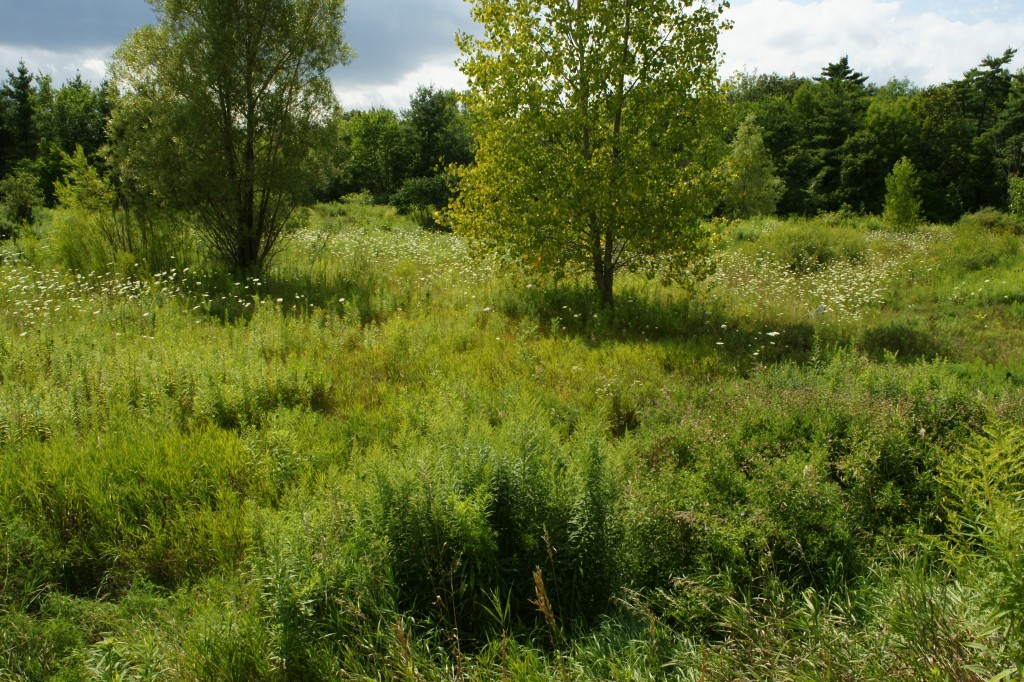